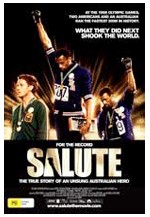 At the 1968 Olympics, two Americans and an Australian ran the fastest 200m in history. What they did next shook the world.

This award-winning film recounts the role of a white man in a defining moment of the American civil rights movement: the 1968 Black Power Salute. When Tommie Smith & John Carlos raised their fists on the victory dais following the Olympic 200 metre final in Mexico City the repercussions were immediate. They were banished from the US olympic team and were subject to abuse and death threats on their return home. The third man on the dais had a similar experience, Australian silver medalist Peter Norman, who as punishment for his support of Smith and Carlos was reprimanded by the authorities and never ran for his country again. Superbly written, produced and directed by Norman’s nephew, Matt Norman, for the first time the complete story behind one of the most iconic images of all time will be told. With never before seen interviews and footage, Salute is an inspiring and timely portrait of three competitors who became brothers. 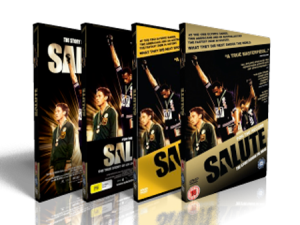 It gives me great pleasure to introduce to you a film that gives for the first time in History the truth about what really happened in Mexico City 1968, during the Olympic Games. This film is not just about the Olympic race but more about the Human Race. Civil and Human Rights injustices were at it’s worst in the 60’s but one year in particular there was more happening than ever before. The Vietnam war, Assination of Bobby Kennedy and Martin Luther King Jr, Mexico City Students slaughtered in the streets for their part in protests and then a proposed boycott of the 68 Olympics by black nations. If there was a symbol of that decade it would have to be the symbol of strength, unity and stance. It was the “Black Power Salute” that populated the World more than any other story.

What makes this story so important today is that most people forget the sacrifice made by the Australian Silver medalist Peter Norman… “The White Guy”. He wasn’t just a bystander of what Tommie Smith and John Carlos did but an equal participant. It has long been a mystery that Peter Norman actually went along with the stand Tommie and John made and did so knowing that this would put his life at risk. Australia had it’s own racial issues with the “White Australia Policy” in full swing, Aboriginals unable to vote and the typical “us and them” mentality. Why then did a white Australian stand up for Black America in such a strong way. For the first time ever, SALUTE brings together Tommie Smith, John Carlos and the late Peter Norman to find out what really happened and not what people “think happened”.

Salute the movie started out as a research film for Peter Norman’s nephew Matt Norman. Matt was writing the screenplay for a big budget feature called “1968” and wanted to get the story straight. Over a period of several years Matt documented every possible opportunity to really find the truth of what happened in Mexico City that October night. What Matt found wasn’t what he expected. The history books tell something different, the history writers forgot to actually ask those involved.

In 2006, just before SALUTE was heading over to the United States, tragically Peter Norman died of a heart attack. Imagine making a film solely dedicated to your uncle only to be told your uncle will never see the film.

Matt said in an interview “I just wanted people to know what Peter Norman really stood for, what sort of person I know him to be that others don’t, and what injustice was done to him while he was still alive”. Sadly that couldn’t happen. What did happen was that the name Peter Norman would be set in stone in Australia’s history like never before. A Hero of the Human Race, a man of great honour and integrity. A man with a broken heart. This story doesn’t end well but yet it still ends on a positive. It shows how three men from across the oceans built a friendship that lasted a lifetime. It shows what three courageous men did to sacrifice their rightful place as athletes for a greater cause. Most of all, it shows there were three men on the dais that day not just two. Two black and one white. It shows that History needs to rethink the power of this image once again.

“Hopefully this film will encourage everyone to ALWAYS STAND AGAINST INJUSTICE!”

Salute remains a riveting, eye-opening documentary that, like Norman himself, is undoubtedly worthy of more attention.

Director Matt Norman’s PBS-styled deconstruction and investigative reporting on the story behind the image through the lens that was Peter Norman infused a perspective seldom seen before.

Director Matt Norman’s documentary is a powerful, eye-opening look at the trouble his uncle Peter Norman suffered after the Black Power salute at the 1968 games.

What a remarkable and inspiring story.

Video Review by Margaret and David

Salute is an engaging and well-paced mix of history lesson, sports drama and personal history.

The IOC furthers its reputation for frigid pomposity in Matt Norman’s documentary about black-power-saluting athletes.

An affectionate and affecting tribute.

A powerful and poignant theme.

The film makes excellent use of archival footage and has a heartwarming, spirited atmosphere.

On one level, it is a story of real idealism, the youthful sort that the Olympics are supposed to be about; on another, it’s about the corruption and betrayal of those ideals in the way the Olympics are actually run.

Powerful stuff, remembering what happened afterwards in America and Australia and also that dozens of Mexican protesters were killed by the police at the time.

A moving and worthwhile tale.

A comprehensive, well-structured deconstruction of an important sociopolitical moment.

A Valuable reminder of how athletes can take a courageous stand.

View our presence on Social Media 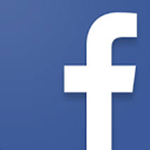 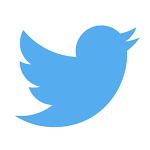 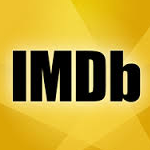 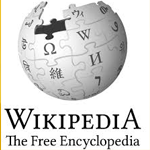